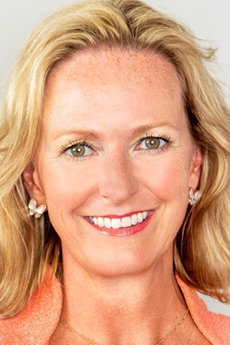 Heather Cox is the Chief Digital Health and Analytics Officer for Humana. In this role, Heather is accountable for building Humana’s digital care delivery operations and leading enterprise analytics. Integrating these critical capabilities across the organization will further accelerate Humana’s move toward differentiated experiences for its health plan members at the intersection of healthcare and lifestyle, tailored especially to the needs of seniors.

Prior to joining Humana, Heather served as Chief Technology and Digital Officer at USAA, where she led the teams responsible for designing and building personalized and digitally-enabled end-to-end experiences for USAA members. Heather has also served as CEO of Citi FinTech at Citigroup, helping the company adapt to a future dominated by mobile technology. Before that she, headed Card Operations for Capital One, reshaping customer and digital experience for Capital One cardholders.

In March 2018, Heather was appointed to the NRG Energy Board of Directors. She serves on the Nominating and Governance and the Compensation committees. In addition, Heather serves on the national board of directors for LIFT, a nonprofit organization whose mission is to permanently lift people out of poverty.

OFFICE OF THE VICE PRESIDENT FOR RESEARCH